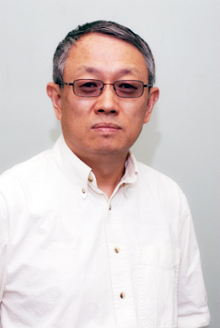 A group of researchers from the University of New Mexico Department of Chemistry and Chemical Biology, led by Distinguished Professor Hua Guo, have teamed up with colleagues from Texas A&M University to understand more about the photochemistry of Earth’s ozone. A paper authored by the group and recently published in the Proceedings of the National Academy of Sciences of the United States of America (PNAS) offers a long-awaited explanation for the “odd” behavior of ozone molecules in our atmosphere. The discovery was made using quantum mechanical calculations performed with Center for Advanced Research Computing resources.

Ozone (O3) is a gas known for its ability to absorb the sun’s potentially harmful ultraviolet rays in the stratosphere. It performs this function both by splitting up (into a single oxygen atom and an O2 oxygen molecule) and by subsequent recombining. This process also affects air pollution in the lower atmosphere. As Guo explains, “The O atom is largely formed in its excited electronic state and it can have a large impact on the formation of the hydroxyl radical (OH), which serves as the detergent in cleaning various pollutions in Earth’s atmosphere.”

Guo’s paper addresses an intriguing observation about ozone behavior that has puzzled chemists for the past 30 years. Guo writes, “About 30 years ago, an experimental study revealed a strange behavior of the O2 molecule as a result of the breaking-up of ozone. The O2 photofragment was shown to have a strong preference to its rotational states with even quantum numbers, while the rotational states with odd quantum numbers are much less populated. Here, the rotational quantum number dictates how fast the O2 molecule rotates and it contains important information about how the O3 molecules break up in an excited electronic state.” 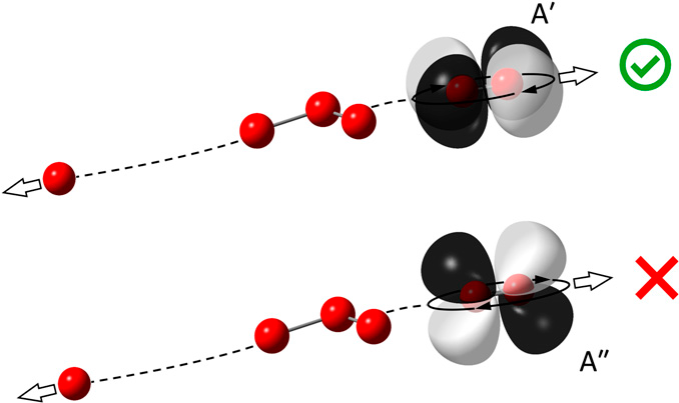